For centuries, the landscape surrounding and including the nearly 15,000 -acre La Panza Ranch, located in the picturesque San Juan Creek Valley, California, has remained relatively unchanged. The rugged La Panza Mountains rise to the west and the rolling hills of the Carrisa Plains extend to the east. Today, the sprawling former cattle ranch farms alfalfa and grain hay, wine grapes, and, on 251 acres, the olives that go into our award-winning extra virgin olive oils. Thanks to its size, geographic diversity, and the fact that it’s remained intact, the ranch is a haven to a wide variety of California wildlife. Deer, wild boar, bear, and the occasional mountain lion roam throughout the property. Even Tule elk find their way to the ranch’s water troughs. Honeybees flock to the indigenous wildflowers that blanket the property, including wild buckwheat, blue curl, and sage.

The ranch’s more storied history includes ownership by Drury James, uncle of famous outlaw brothers Frank and Jesse James. They reportedly spent time in the late 1860s working as cowhands on the ranch, while avoiding capture by lawmen. That heritage is behind the name of our most robust olive oil, Outlaw Blend. Throughout the years, the ranch was operated by various cattle partnerships and individuals. The Cowell Foundation owned it for 55 years. The family’s patriarch, Henry Cowell, had extensive holdings in San Francisco as well as several ranches throughout California. In 1996, La Panza Ranch was sold to Robert Petersen of Petersen Publishing in Los Angeles. He used the ranch for hunting and entertaining his race car driver friends and other celebrities. Then in 2003, Mike Leprino spotted the potential of La Panza Ranch’s acres of mountains, drainages, farmland, and favorable climate, so he and his daughters purchased it and set out on a years-long quest to produce the freshest extra virgin olive oil in California, if not the world. Try it, the freshness is guaranteed!

Our new miller’s proprietary and premium extra virgin olive oil blend has a smooth and balanced texture, a slight sweet taste with a peppery finish, and La Panza’s signature freshness. Harvesting our olives at peak maturity produces the perfect extra virgin olive oil to drizzle on salads, breads, and a variety of entrée dishes.

Thank you for submitting a review!

Your input is very much appreciated. Share it with your friends so they can enjoy it too! 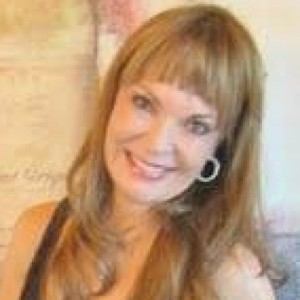 I was introduced to this oil by my daughter and I am so glad. I've read about the health benefits of olive oil and have been trying to find more ways to use it. I found that the Outlaw oil adds just the right amount of flavor to my food when cooking. It also makes a delicious salad dressing. I have quit buying store brands as this is definitely my go to olive oil. I am excited to try the Estate and Chef blends next.

This olive oil is the best, has a great light flavor. I cook with nothing else now

I use this olive oil for everything. The flavor is so great and unique. I will not buy store bought again.

I don't claim to be a connoisseur of olive oil, but I tried the Chef's Blend with some sourdough bread, and I didn't know olive oil could taste this good. It has that quality bite at the back of one's throat that then goes down smooth, like a good bourbon.

Sign up to get the latest on sales, new releases and more … Why the Pantry Pouch? According to the Australian Government’s 89-page report on The Effect of Storage Conditions on Extra Virgin Olive Oil Quality, one key finding is important: “This project has shown that low storage temperature and the exclusion of oxygen are important factors in maintaining a longer shelf life of olive oil. Exposure to light has also been shown to affect the composition of olive oil and therefore storage conditions which exclude light are also an important factor.” So, while we all have heard that light is the main culprit, it's proven the exposure to air is a direct and timely cause of oils deterioration. Introducing the Pantry Pouch!

Unlike a screw-top bottle that goes uncapped after the first pour and allows air into the bottle, the Pantry Pouch’s dispenser keeps air out, thus preventing the oil from getting oxidized, and therefore ruined. Unlike some glass or plastic bottles, no damaging light can reach the precious extra virgin olive oil inside our impermeable Pantry Pouch.

Unique to the Pantry Pouch is its metallic interior lining that acts like a cistern to help keep the oil even cooler. If temperature, oxygen, and light cause the most damage to olive oil, the Pantry Pouch is your oil’s new best friend. As long as the extra virgin olive oil stays in the Pantry Pouch, you can expect the last drop to stay as fresh as the first. How many things in life can you say that about?

Our Pantry Pouch has an 80% reduced carbon footprint over glass bottles and 90% less waste than glass. We all like that. Yes, La Panza has offered a beautiful award-winning ceramic bottle for our award-winning premium extra virgin olive oil in the past. However, like all olive oil lovers, we assume you go through a bottle a month and already have a go-to olive oil bottle that looks elegant on your kitchen counter. But showing off a bottle is not the same as enjoying a fresh, great-tasting oil. That's why repackaged our extra virgin olive oil with only freshness and convenience in mind — and gave our olive oil a new best friend. Environmentally kind. Perfect olive oil.